2.       Who cannot Enroll.  The following students are ineligible for admission;

2.2  Those previously admitted to SJTCP but had been expelled or excluded therefrom due to disciplinary and/or academic reasons;

2.3  Those who are suffering from highly infectious or communicable diseases;

2.4  Those transferring from other private schools which do not have any  government recognition or permit;

2.5  Those who have already graduated from SJTCP unless permitted to enroll for a second title or degree is granted by the Registrar  upon the recommendation of the Director of Students Affairs; and the President.

2.6  Those who are undesirable is the sole discretion of SJTCP. 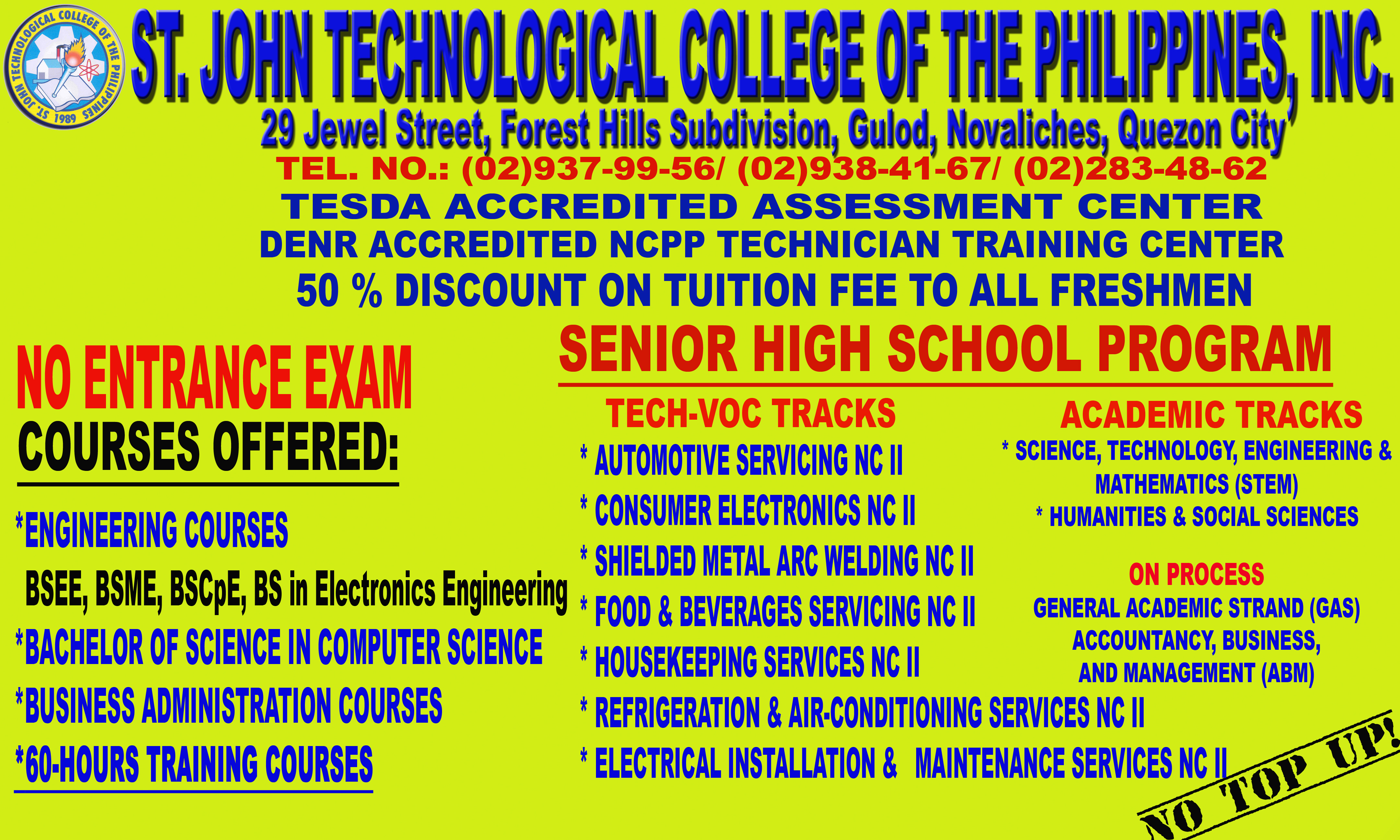